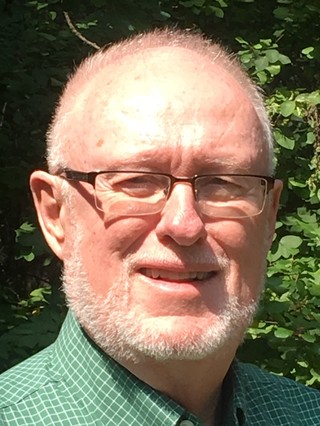 Hannah is excited that her lover has walked up behind her, but it’s not him.

Moses Rose: A Tale of the Alamo and Survivors

Leaving more than 180 men to die, Moses Rose escapes from the Alamo – but why?

William Rainbolt – Bill – has created a versatile career in a variety of fields: reporting and writing as a professional newspaper journalist and freelance writing; teaching for nearly four decades at college and university levels; earning a doctorate in American history; serving in lay ministry and hospital chaplaincy; publishing a historical novel set in Texas in 1836; and serving in the U.S. Navy.

Recently, Bill finished his second historical novel,Murder at Camp Tera, a mystery set in the Depression Summer of 1934 and occurring primarily in the Lower Hudson Valley and Brooklyn. The Depression was one of Bill’s’ areas of interest for a doctorate.

This period mystery draws from extensive research in order to weave a richly detailed narrative of the Depression into an intriguing plot about why a young woman is murdered, and why other murders follow.

The other victims are men with widely disparate lives who seem to have nothing in common with Hannah, a 24-year-old vibrant, talented dress designer at Eleanor Roosevelt’s pet project, Camp Tera, a bucolic rest-and-training camp for destitute women from New York City. NY State Police Sgt. Dave Lewin finds himself trying to sort through a perplexing investigation unlike any he has done before in the twelve years he has been a State Trooper.

Bill’s first novel, Moses Rose: A Tale of the Alamo and Survivors, was published commercially in 1996 by Dan River Press, and was reissued as an eBook in 2016 available on Kindle, Nook, iBooks, Google Books, and others. When first published, Moses Rose was described by The Dallas Morning News as an “imaginative tale in which Rose must deal with many different meanings of heroism, survival, loneliness, and love.”

His film history dissertation, Images of Journalism in Film 1946-1976, earned recognition as a Dissertation of Distinction. It is available through Dissertation Abstracts International, DAI-A 65/05, dissertation number 3134656. His master’s thesis, The History of Underground Communication in Russia Since the 17th Century, was published as a monograph, and is available in 109 libraries through WorldCat, OCLC accession number 5419156.

A native of Texas, Bill has lived also in Turkey, Missouri, New Jersey, and New York, where he resides now in the Upper Hudson Valley.

Bill maintains memberships in The Authors Guild, the Spiritual Writers Network, Spiritual Directors International, and the Navy League of the United States.